Vocations all in the family: 4 priests, 1 seminarian, 1 deacon

From The Tablet in Brooklyn:

Father Vincent Chirichella has many friends who are priests that he considers part of his family. But he’s just as close to priests who really are his family.

“We have a lot of vocations,” said Father Chirichella, pastor of St. Joseph’s Church, Astoria. “I’m one of four priests. There’s also my brother Michael, who answered God’s call to become a deacon. And we have a seminarian. All on my mother’s side of the family.”

In addition to Father Chirichella, the family tree includes: Father Gennaro DiSpigno, a priest in the Diocese of Rockville Centre; Father Francis DiSpigno O.F.M., a Franciscan; Father Andrea LaRegina, an Italian priest working with Caritas Italiana, a pastoral organization of the Italian Bishops Conference; and Joseph Siano, a seminarian at Cathedral Seminary House of Formation in Douglaston.

“I guess it had to do with our upbringing. Our parents were very religious.”

“Four vocations came out of that one tiny little apartment,” Deacon Chirichella said.

Father LaRegina was the first to be ordained — becoming a priest more than 40 years ago.

When asked why six different people in the same family answered God’s call, Deacon Chirichella thought for a moment. “I guess it had to do with our upbringing. Our parents were very religious,” he said. Their dad, John, a television repairman and their mom, Michela, a homemaker, faithfully attended Mass every Sunday.

Michela was also devoted to St. Cono, the patron saint of Teggiano, Italy. And the family was devoted to St. Therese of Lisieux, known as “The Little Flower.”

“I think they all went into the church because they saw it at home,” Michela Chirichella said. “We were a very religious family.” 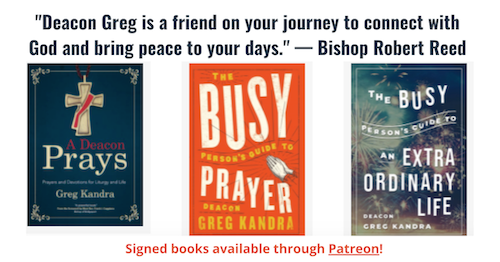