Wonderful news — and boy, do we need it now.

A reader dropped me a note to let me know her brother was just ordained in the Diocese of Lafayette, and she directed me to their Facebook page, where I found these pictures, along with the following:

Eleven men of the Diocese of Lafayette were ordained to the diaconate today [Saturday, May 23]! Three Transitional Deacons and eight Permanent Deacons were ordained by Bishop Douglas Deshotel on Saturday, May 23, 2020, at 10 AM at the Cathedral of St. John the Evangelist.

Seminarians Connor Poirrier, Seth Lemaire, and Casey Dugas were ordained Transitional Deacons. They have been assigned to the following parishes and will undergo their final year of education and training before their expected ordination to the priesthood in 2021. 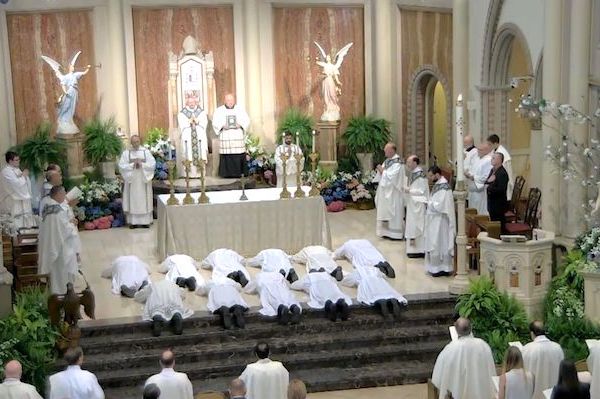 Deacon Bryan Kade Istre
Appointed to Our Lady of the Holy Rosary in Kaplan.

Deacon Kyle Patrick Polozola
Appointed to Our Lady of Wisdom in Lafayette. 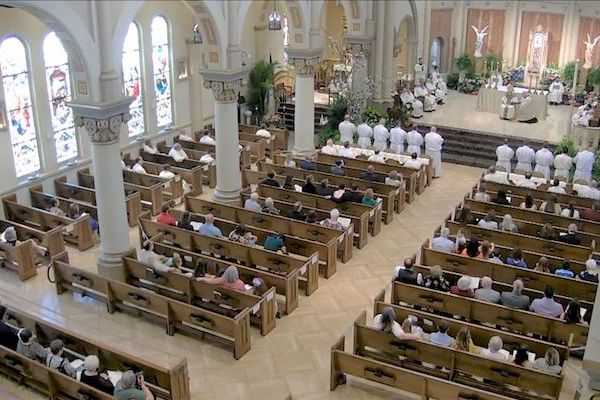