The apostolic administrator of Solsona announced Saturday that the diocese’s former bishop, Xavier Novell i Gomà, had incurred suspension when he attempted marriage last month.

Bishop Novell, 52, attempted marriage with Sílvia Caballol i Clemente, herself a divorcee, Nov. 22, in a civil ceremony.

“From the very moment that Bishop Xavier Novell i Gomà contracted a civil marriage” he was “prohibited from all acts of the powers of Orders, acts of the powers of governance and the exercise of all the rights and functions inherent to the episcopal office,” Bishop Romà Casanova i Casanova of Vic, apostolic administrator of Solsona, wrote Dec. 11.

He noted that the Code of Canon Law provides that “a cleric who attempts marriage, even if only civilly, incurs a latae sententiae suspension.” 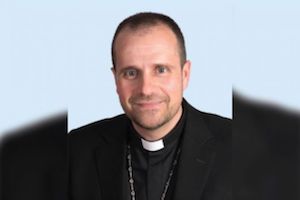 The existing sanctions on Bishop Novell do not exclude “other possible consequences that could canonically follow,” Bishop Casanova added.

Bishop Casanova indicated that the sanctions imposed on Bishop Novell mean that “although maintaining his state as a bishop, he cannot perform any of the functions that derive from that state.”

“Among others, the administration of the sacraments and any teaching activity, both public and private, is prohibited,” he said.

Those who are in holy orders invalidly attempt marriage, as do those bound by the bond of a prior marriage. A cleric who attempts marriage can be punished, even by dismissal from the clerical state.