How cool is this?  From Black Catholic Messenger:

In a milestone moment for Southern California, former MLB player Darrell Miller Sr.—brother of Naismith Hall of Famers Reggie and Cheryl Miller—was ordained to the permanent diaconate on Saturday, October 23rd, becoming the first-ever Black deacon in the Diocese of Orange.

A retired multi-position player for the Los Angeles Angels, he may also be the first former Major League Baseball player to become a permanent deacon.

The livestreamed ceremony took place at Christ Cathedral (formerly the Crystal Cathedral) in Garden Grove, where Bishop Kevin Vann—a Knight of Peter Claver—presided, ordaining a diaconate class of 13 that had been studying and preparing for roughly half a decade. 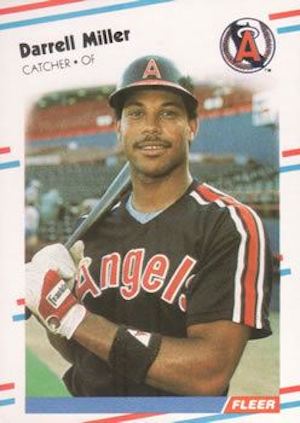 Miller himself began his journey about 12 years ago, when Bishop Emeritus Tod Brown invited him to consider it after hearing him speak at a dinner for the Italian Catholic Federation of Orange County.

The rest is history.

“The ordination process deepens that relationship that Christ established with you at baptism, and makes you feel the fullness of the Holy Spirit,” he told BCM.

Miller is a convert to Catholicism and shared his story in a video produced by the Knights of Columbus. He and his wife Kelly, who was integral in that journey, are members of Santa Clara de Asis Catholic Church in Yorba Linda.

Check out the video about his journey below.