There’s something about ashes

Once again, my parish on Wednesday was packed.

It was the annual Ash Wednesday crush of believers. We offered a total of five liturgies throughout the day, including three Masses.

The noon Mass was almost full — our church seats close to 1,000 people — but, surprisingly, the 7:30 evening Mass was SRO.

There was a healthy mix of familiar faces from the parish, plus a few I’d never seen before — probably dropping by because they saw the church and thought, “Why not?” — plus a number who were obviously receiving ashes for the first time. 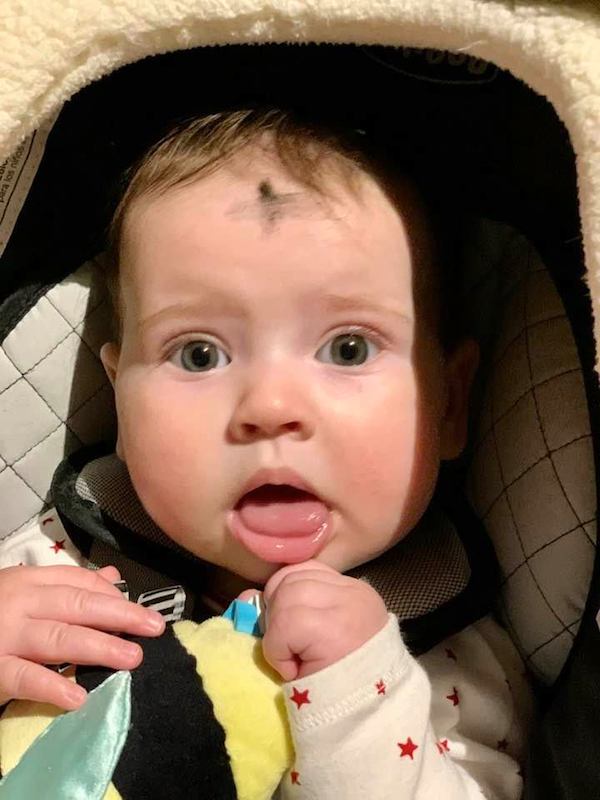 Even after we’d finished the last Mass and were starting to shut off the lights around 9 p.m., people were still stopping by and saying, “Can I get ashes?” A lot of people wanted them for family who were unable to get to church; we spilled ashes into napkins, tissues, envelopes and folded pieces of paper. (Early in the day we had a number of small envelopes pre-packaged with ashes, to meet that demand, but it wasn’t enough.)

From anecdotal evidence — stories told and retold from around the country on social media — our situation was hardly unique. People mobbed Masses and stopped by wherever they could to be smudged, dabbed, marked, “ashed.”

Clearly, there’s something about ashes. But what? 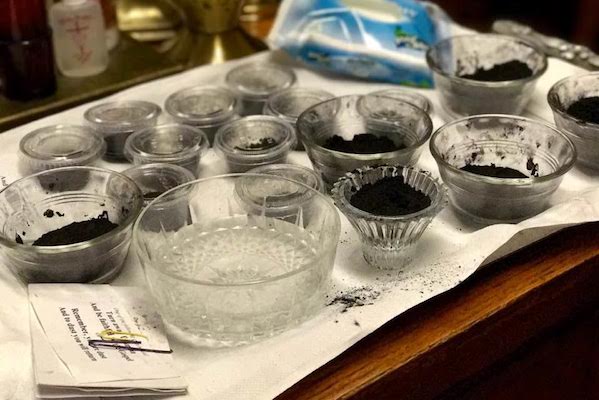 A priest in the parish offers this theory: even those who are somehow alienated from the Church, he says, want to feel a part of it. People who may be divorced and remarried, or who may feel otherwise unable to receive Communion, still identify as Catholic and want others to know that.

He has a point, I think. But there’s something even more compelling about this annual gesture. Receiving ashes isn’t quiet. It isn’t private. It isn’t necessarily personal. There is something about receiving ashes that is profoundly, unapologetically public. It is a profession of faith — or, at the very least, a declaration that one belongs to a particular community of believers. Some of this may be cultural — you grew up doing it, and just need to keep doing it, out of habit or custom.

But the desire to receive ashes — the need to do it repeatedly, year after year, even when the weather is awful and the hour is late — speaks to our hunger to belong, and our deepest yearning to be in community, if not necessarily in communion.  At this particular moment, considering all that the Church has faced and all the pain that has been felt, that’s something. Whether this particular desire will endure over the coming decades and in succeeding generations remains to be seen.

But I saw those ashes yesterday on thousands of faces, and I saw more than a mark, more than a custom.