The deacon ‘who never gave up’

There were hugs when they came to say goodbye — for now — to Deacon Santiago “Jimmy” Salas. Lots of hugs, so many hugs before his June 25 funeral Mass that the interior of St. Cyprian Church in Long Beach resembled the activities of a particularly close-knit beehive.

But these hugs were different, offered with arms and smiles wide and accompanied often by backslaps, sometimes laughter. These were the kind of hugs you’d get at a family reunion or backyard barbecue, the kind Jimmy and Lupe, his wife of 42 years, often threw for friends and those they served, including those they met through the Kairos Prison Ministry.

“A guy would get out of prison, Father Al [Scott] would bring him to Jimmy’s house for dinner, maybe watch a movie and then talk about his reentry into the world,” said Deacon Brian Conroy, who was part of Jimmy’s diaconate class and oversees diaconate formation for the Archdiocese of Los Angeles. 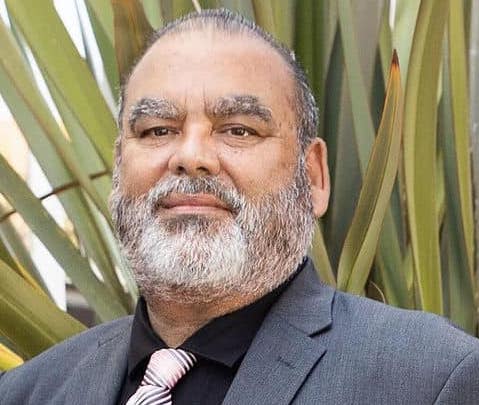 “It was beautiful: you’re in prison, you get out, now what do you do? You go to Jimmy’s house! Just beautiful. It’s why you saw so many happy people [at his funeral]. He did that for so many, brought so much joy to so many people.”

A devotee of the Cursillo movement that trains Catholic lay people to become active leaders and examples of Christ’s message, Jimmy embraced the call to evangelize. Besides his various duties as a deacon, he worked with men in prison, incarcerated juveniles, and delivered the Eucharist to those trapped at home.

If he encountered someone experiencing homelessness, Lupe said, “he would not only give them money, but many times food, and ask, ‘Hey brother, what’s your name? Joe? OK, hello Joe Jones.’ He always respected someone’s dignity. Jimmy’s favorite saying was, ‘The only time you look down on a person is when you’re picking them up.’ ”

Father Scott gave the homily during the Mass, calling Jimmy “a hero to me,” because he “never quit, never gave up,” though no one would have faulted him if he had. Jimmy had been afflicted by numerous ailments and illnesses for a good deal of his life. When he was 49, both of his legs had to be amputated due to diabetes.

And yet, anyone who knew him knew he was never one to complain, never one to ask, “Why me?’ If anything, what some saw as physical challenges, Jimmy viewed as a spiritual advantage, especially when working with others.