My friend Paul McKibben alerted me to this sad news: a man who was a beloved fixture of Catholic Digest has entered eternal life:

It is indeed with sadness that we announce the death of our longtime friend from the pages of Catholic Digest magazine, Sean Patrick—a pen name for Charles Stahler—who died on November 1, 2022. Read his obituary.

Growing-up-Catholic, especially in an Irish Catholic family, became the running theme in so many of the columns that Sean Patrick wrote. For more than three decades, his beloved stories captured the hearts of our Catholic Digest readership. We’ve included a sampling below.

Mr. Charles Louis Stahler of Clovis and former resident of Middlefield, Ohio, passed away Tuesday November 1, 2022 in Clovis, California, at the age of 85.

Mr. Stahler was born September 9, 1937, in Cleveland, OH to George and Kaye Stahler. Mr. Stahler served as a probation officer for the Cleveland Courthouse, a Professor of Criminal Justice at Kent State University, and later served as a Deputy Sheriff in Geauga County, OH, before retiring in 1997.

Writing under the pen name Sean Patrick, he authored a long-running column in Catholic Digest entitled “Patrick’s Corner.” He enjoyed reading, playing guitar, singing and spending time with family and friends. He will be best remembered as a loving and devoted husband, father and friend. He will be dearly missed.

In an interview, he revealed:

We were raised to have strong faith. I don’t think I was ever without faith. With writing, I’ve had to research my own life many times to come up with my stories for Catholic Digest. People often ask, “How do you come up with all these things?” Ninety-nine percent is memory; I’ve been around a long time, and I’ve got a huge family. Especially in law enforcement, you come across so many situations and so many people and so many different problems that you build up a tremendous reservoir of experiences.

Pray for us, ‘Sean Patrick,’ as we pray for you! 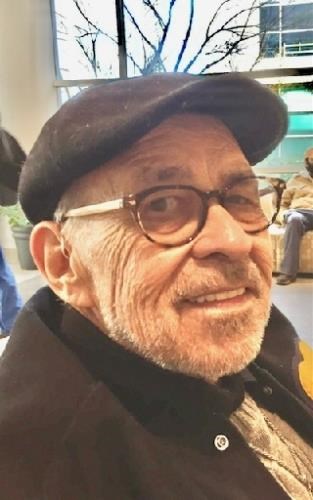