And more details, in the Catholic Free Press, noting that one of the new deacons is himself the son of a deacon:

The son of one of the diocese’s first permanent deacons was ordained last weekend, along with a former Baptist and a retired police detective who now teaches at a Catholic school.

Perhaps one of those most moved by the occasion was Deacon John Ladroga’s father, Deacon William J. Ladroga Jr., a long-time diaconate formation director. Deacon Ladroga was a member of the Worcester Diocese’s first class of permanent deacons, ordained by Bishop Bernard J. Flanagan on June 24, 1978.

“This is probably one of the greatest experiences of my life,” he told The Catholic Free Press after Saturday’s ordination, at which he vested his son. “I had trouble fighting the tears back.”

He and his wife, Lucille (Goudreau) Ladroga, came to the ordination from their home in the Diocese of Venice, Florida, where he was formation director for the permanent diaconate from 1997 through last August. After serving as a deacon at St. Paul Cathedral for 12 years, then other parishes in the Worcester Diocese and on Cape Cod, he moved to Florida.

“We were always a very faith-filled family growing up … participating not only in the Catholic Church, but the charismatic movement,” said the newly ordained Deacon John Ladroga. 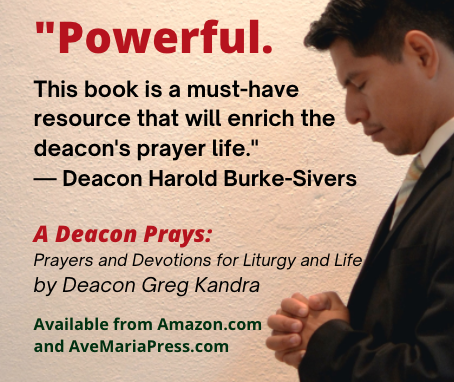