Must-read: What Catholics (and everyone else) should know about the COVID vaccines

This is one of the best overviews on the issue I’ve read, and it comes from Dr. Gwyneth Spaeder, writing in the National Catholic Register.

A Pediatrician in Raleigh, NC, she attended the University of Dallas. She received her medical degree from The Johns Hopkins School of Medicine where she also completed her Pediatric Residency. She has been a contributing author and guest editor for the National Catholic Bioethics Quarterly.

In clear and precise language, across a two-part series of essays, she answers some common FAQs about the COVID vaccines — the research, reliability, safety, morality and more.

What about fetal cell lines and moral cooperation?

The CDF’s 2020 Note addressed the morality of receiving a COVID vaccine that had any connection to fetal cell lines that may have been obtained from an abortion. The cell line at issue in these vaccines is HEK293, which came from either an abortion or a miscarriage that occurred in 1973. The generational descendants of this original cell line are used ubiquitously in pharmaceutical research, touching everything from Tylenol and Sudafed to antibiotics and chemotherapy drugs.

The sanctity of human life from conception to natural death is an absolute norm in Catholic moral teaching, and so all Catholics must take reasonable steps to avoid cooperation with the evil of abortion and should encourage alternate means of drug testing and development. That being said, the question of the morality of receiving either the Pfizer or Moderna COVID-19 vaccines within the context of a devastating pandemic has been consistently described, by orthodox theologians of excellent repute, as an example of passive material cooperation and as such, is a morally licit decision.

The claim heard recently, that there is a Pfizer whistleblower who has released “shocking” emails showing that the Pfizer COVID vaccine actually contains fetal cells, is concerning, then, because if true, it could potentially change the moral calculus of receiving these vaccines. However, the whistleblower never actually makes that claim, nor is the claim true.

What she says is that she found internal emails from Pfizer employees discussing the fact that some individuals would have ethical concerns about a vaccine that had even a remote connection to fetal cell lines. The emails confirm what has been known for over a year: The Pfizer COVID-19 vaccine does not contain fetal cells. The HEK293 cell line was used in laboratory testing to determine if the proposed mRNA could in fact induce antibody production against the spike protein. The ongoing manufacturing or production of the Pfizer COVID-19 vaccine that is currently in distribution does not require or use fetal cell lines.

This is an invaluable service, and worth your time. Read both parts.  Pass them along.

And, if you haven’t already: get the shot. Please. 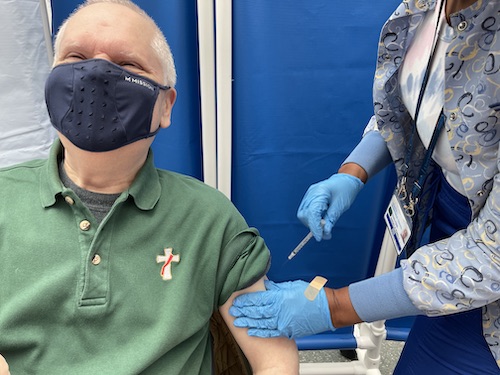