Deacon: ‘I survived because of the Real Presence’

Quite a story here, via National Catholic Register and Thomas McDonald:

At dawn on Oct. 4, 1966, Maj. Joseph Tedeschi was in the officers’ tent of a forward operating base in Vietnam. The division chaplain, who happened to be a Catholic priest, poked his head in to ask if anyone wanted to attend Mass. Tedeschi and his friend, Maj. Bob Ray, were the only two to respond. Later that day, both men ended up in the twisted wreckage of a transport plane, trapped among the dead and wounded on the side of Hon Cong Mountain at An Khe.

In the year of recovery that followed, and the many years since, Tedeschi wondered about what led him to that moment, what saved him, and what role faith, Mass and the Real Presence played in his survival and subsequent life, including his ordination to the permanent diaconate. Over the subsequent 55 years, he assembled information about the crash, its cause and the people involved, compelled to revisit the incident as “an itch he had to scratch.” The results of his research and reflection appear in A Rock in the Clouds, a memoir now available from Koehler Books.

Deacon Joe Tedeschi was born in 1934 and grew up in a small mill town in Rhode Island, before attending St. Lawrence University, West Point and Iowa State University, where he studied chemistry. He entered the Army in 1957, and in 1966, he was sent to Vietnam. He rose through the ranks as an expert in chemical warfare, with assignments that included postings to the Pentagon and a stint as the commander/director of the Foreign Science and Technology Center in Charlottesville, Virginia. 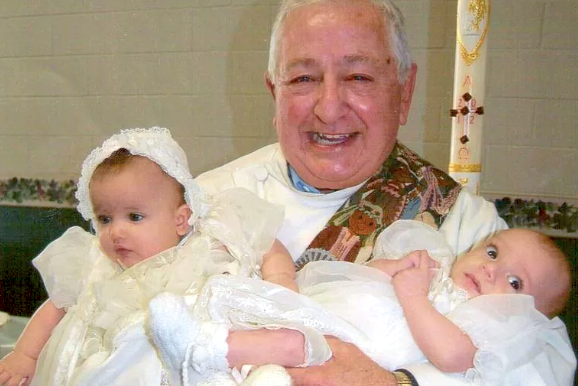 After retiring as a full colonel in 1984, he began a second career with Lockheed Martin as the program manager for the Counter Battery Radar (COBRA) system until civilian retirement in 1999, when he became a deacon for the Diocese of Trenton, New Jersey. He served the parish of St. Mary of the Lakes until 2020, when he retired for the last time at age 86.

Deacon Joe spent much of his life looking back on his time in Vietnam and the crash, wondering what brought him to that moment and what saved him.

Read it all to find out.

And check out a video interview with him below.