Study sheds light on religion, living together and what makes for a lasting marriage

“Religious women might look for spouses who share values, beliefs, or practices that are important for union stability. Sharing these values might reduce the potential for conflict down the road.”

The Wall Street Journal posted this item the other day, on the subject of cohabitation before marriage:

A growing body of research indicates that Americans who live together before marriage are less likely to be happily married and more likely to land in divorce court.

In looking at the marital histories of thousands of women across the U.S., we found that women who cohabited were 15% more likely to get divorced. Moreover, a Stanford study indicates that the risk is especially high for women who cohabited with someone besides their future husband. They were more than twice as likely to end up in divorce court.

About this pattern, the psychologist Galena Rhoades of the University of Denver observes, “We generally think that having more experience is better…. But what we find for relationships is just the opposite. Having more experience is related to having a less happy marriage later on.” One reason, her research suggests, is that previous cohabitations may give husbands and wives experience with breaking up from serious coresidential relationships, making them more likely to head for the exit when the going gets tough.

In Prof. Rhoades’s estimation, having a history with other cohabiting partners may also make them compare their spouse critically to previous partners in ways that make them discount their husband or wife. Your husband David may be a responsible and reliable partner—but not as funny as Will or as good a lover as Nate, two other men you lived with prior to marriage. Keeping such critical comparisons in mind once you’re married can be corrosive.

I clicked through to one of the studies cited, and found this nugget, which has a lot to say about the role of religion and marriage. It comes from the Institute for Family Studies:

It is commonly believed that postponing marriage until the late-20s or early-30s reduces the odds of divorce, because greater maturity results in a wiser choice of a partner, and there’s some truth to this. However, there’s a significant complexity under the surface: the life orientations associated with delayed marriage are often also associated with (and even causal of) greater acceptance of premarital cohabitation, which is also linked to a higher risk of divorce. The net result of this is that life orientations that motivate earlier marriage, like religiosity, do not necessarily create the higher likelihoods of divorce usually associated with early marriage because they discourage cohabitation. Yes, very young marriage still has risks (as does very late marriage), but religious upbringings seem to partly compensate for those risks, especially among women marrying in their 20s.

Our results also suggest that religion fosters relationship stability by pushing young adults away from cohabitation, which is highly unstable, and towards marriage, which is much more stable. It’s notable that figure 5 did not show meaningful differences in divorce rates between religious and non-religious women who had the same relationship histories: religion seems to impact relationships mostly by changing the kind of union a woman enters in young adulthood, not its durability once formed. Insofar as religion changes the type of union that women begin as young adults, and since dissolution likelihoods vary widely by union type, the effect of religion on women’s experience of union instability can be huge. 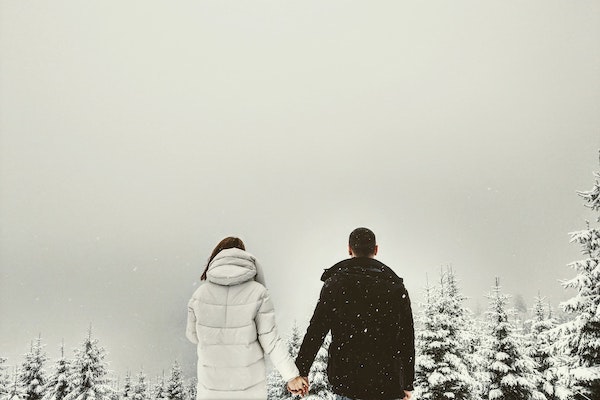 What remains unclear is how religion may foster more stable marriages. There are three broad possibilities: religion might induce people to “make lemons out of lemonade,” it might give people institutional or community support, or it might positively alter the quality of romantic pairings.

… Religion may change exactly who women marry in important ways. First, religion could alter the potential spouses to which women are exposed. Via church communities, religious women may be able to access a larger and more marriage-friendly pool of potential spouses. Second, religion could alter the criteria that women have for selecting partners. Knowing that cohabitation is disfavored and desiring the companionship of a committed union, religious women might more actively pursue “husband material” partners earlier in life than other women. Third, religion might alter the dynamics between partners in important ways. Religious women might look for spouses who share values, beliefs, or practices that are important for union stability. Sharing these values might reduce the potential for conflict down the road.

Fascinating stuff. Read it all.