RNS: Religion and voting trends to look for on election day

Some interesting things to watch out for in the hours ahead — including the trend of Catholic voters:

Trump’s coalition won in all three major categories of white Christians in 2016 — white evangelicals, white Catholics and white mainline Protestants — and secured the largest level of support from white Catholics (60%) of any candidate in at least two decades.

But Trump’s favorability ratings among white Catholics — which have sizable populations in Rust Belt swing states — has fluctuated throughout his presidency. More recent polls have pegged Trump’s support with the group below his 2016 numbers at around 52%, while Biden, a white Catholic who has repeatedly invoked his faith on the campaign trail, gained ground.

Trump’s support with white mainliners is harder to assess, as different polling outfits use different categories. But Pew Research recently reported that “white not-evangelical Protestants” have become less approving of Trump’s job performance over time, dropping from 60% in February 2017 to 53% in August 2020.

The shifts may seem small, but given Trump’s narrow margins of victory in Michigan, Wisconsin and Pennsylvania in 2016, a small shift could make a big difference.

Trump has surprised many analysts by increasing his support among Hispanic and Latino voters, a trend that extends to Hispanic Catholics: Fewer than a quarter of Latino Catholics voted for Trump in 2016, but Pew reported in August that one-third may back him this year. The shift appears to be at least partly due to Trump’s moves against abortion rights, particularly in the form of conservative judges appointed to the Supreme Court.

Meanwhile, Trump has made a point to reach out to a smaller but potentially impactful community: Hispanic evangelicals. The growing group is more split politically than Hispanics overall and has a presence in swing states such as Florida and Arizona. Trump launched his “Evangelicals for Trump” initiative earlier this year in a mostly Spanish-speaking Florida megachurch.

If Trump can hold on to his gains with Hispanic Latino Catholics and inspire turnout among Hispanic evangelicals, it may be enough to push him over the top in key states.

Join The Deacon’s Bench November Book-a-palooza!
Support the Bench and get a book (or two!) 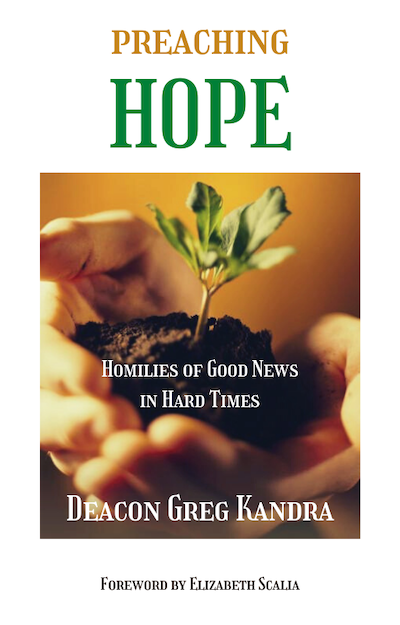