A great day in Brooklyn!

Serving God is a tradition in Michael Chirichella’s family — there are five priests in the family and a seminarian. Chirichella’s turn to serve came on May 29 when he was ordained a deacon after five years of study and intense preparation.

“I feel like I’m on top of the world today,” said Chirichela, a retired UPS driver and a parishioner of the Shrine Church of Our Lady of Mount Carmel, Williamsburg. “I can’t believe I’m being ordained today. This is really a special, special day.”

Chirichella was one of 10 permanent deacons ordained by Bishop Nicholas DiMarzio at a Mass at the Co-Cathedral of St. Joseph on Saturday — one of the first large gatherings celebrated by the Diocese of Brooklyn as New York City comes out from under pandemic restrictions.

Hundreds of people came to the co-cathedral to share in the deacons’ big day.

Unlike transitional deacons, who are taking their final steps toward becoming priests, permanent deacons are not destined for the priesthood. They can be married with children and usually have secular jobs. They perform many important duties like baptizing babies, witnessing marriages, performing funeral services outside of church, distributing holy Communion, and delivering homilies.

“They represent God’s people,” Bishop DiMarzio said. The fact that they are men with families and full-time jobs is important, the bishop said. “They can relate to people. They understand the struggles of life. They are in the parishes. They’re the stability in the parishes. Many times, the pastors move. But they (deacons) stay there. That’s their commitment. They’re like a bridge between the laity and the clergy.” 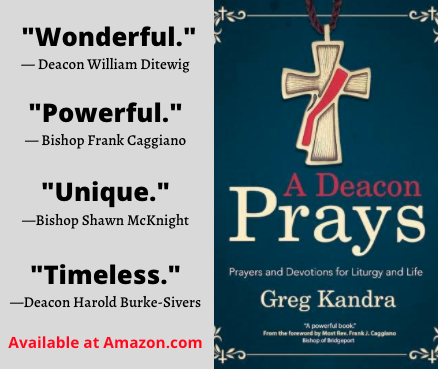