My pastor, the bishop, resigns

Several people have written to ask me about this. So yeah: my pastor, Brooklyn Auxiliary Bishop Paul Sanchez, is now officially a retired bishop, or a Bishop Emeritus.

He submitted his resignation last fall when he turned 75, as required by Canon law, and today the Holy See announced that it had been accepted.

He will remain as the pastor at Our Lady Queen of Martyrs in Forest Hills.

Here’s the statement from the Diocese of Brooklyn:

The Holy Father, Pope Francis, has accepted the resignation of Diocese of Brooklyn’s Auxiliary Bishop Paul R. Sanchez. The resignation was publicized in Washington on March 30, 2022, by Archbishop Christophe Pierre, Apostolic Nuncio to the United States.

As required by Canon (Church) law, at the age of 75, all bishops must submit a letter of resignation from the ecclesiastical office that they hold. It is then a determination of the Holy See as to when to accept the resignation.

“Auxiliary Bishop Emeritus Paul Sanchez has faithfully served God and his people throughout his ministry. The Catholic community of Brooklyn and Queens is better because of Bishop Sanchez’s commitment to teaching the Good News of Jesus Christ. I am grateful for his guidance, and very much appreciate his will to remain as a spiritual leader here in our Diocese,” said the Most Reverend Robert J. Brennan, Bishop of Brooklyn.

“I give thanks to Almighty God for his abundant grace and mercy throughout my almost ten years as an auxiliary Bishop and my 50 years as a priest. I am grateful to Popes Benedict and Francis, and to Bishops DiMarzio and Brennan for their prayers and support. Countless priests, religious men and women, faithful parishioners and my beloved family have inspired and accompanied me in my journey of faith. For all that has been, I say, thank you God.  For all that will be, may God’s will be done,”  stated Auxiliary Bishop Emeritus Paul R. Sanchez.

The Most Reverend Paul Sanchez was born November 26, 1946, in Brooklyn. He earned a Bachelor of Arts from St. Bonaventure’s University, a Master of Arts from the University of Notre Dame, and a Licentiate of Sacred Theology from the Pontifical Gregorian University in Rome.

Paul R. Sanchez was ordained to the priesthood on December 17, 1971, at Saint Peter’s Basilica in Rome. Throughout his ministry, he was assigned to a number of parishes throughout the Diocese in both Brooklyn and Queens including Our Lady of Mercy in Forest Hills, St. Michael’s in Flushing, and St. Sebastian’s in Woodside. Then-Father Sanchez also served as pastor at St. Agatha’s in Brooklyn and at Our Lady of Mount Carmel in Astoria, while also serving as administrator of St. Margaret Mary’s in Long Island City.

In 1997, then-Father Sanchez was named a Prelate of Honor (Monsignor) by Saint John Paul II in 1997. On July 11, 2012, then-Monsignor Sanchez was ordained as an Auxiliary Bishop of the Diocese of Brooklyn. He previously served as an adjunct professor at St. John’s University and at the Seminary of the Immaculate Conception.

Bishop Sanchez will remain Pastor of Our Lady Queen of Martyrs, Forest Hills, where he has served since 2012, and serve as an Auxiliary Bishop Emeritus of the Diocese of Brooklyn.

What the statement doesn’t mention is that he is also the son of a deacon — one of only a handful of bishops in the United States who can say that. His father, Lawrence Sanchez, was ordained as a permanent deacon in one of Brooklyn’s first classes, not long after his son had become a priest. The son had the privilege of vesting the father at his diaconal ordination. 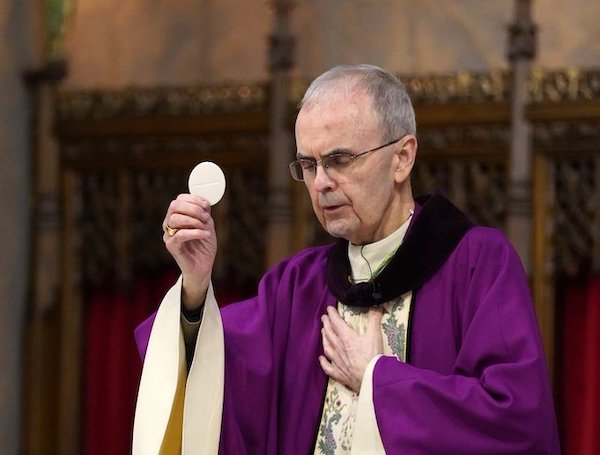 I can’t say enough good things about Paul Sanchez as a priest, a bishop, a pastor and a friend. I’m delighted he’s staying on to continue leading my parish. His gentleness, humility, empathy and good humor are a joy.

He is a familiar fixture in the community. Just look for him any time it snows. 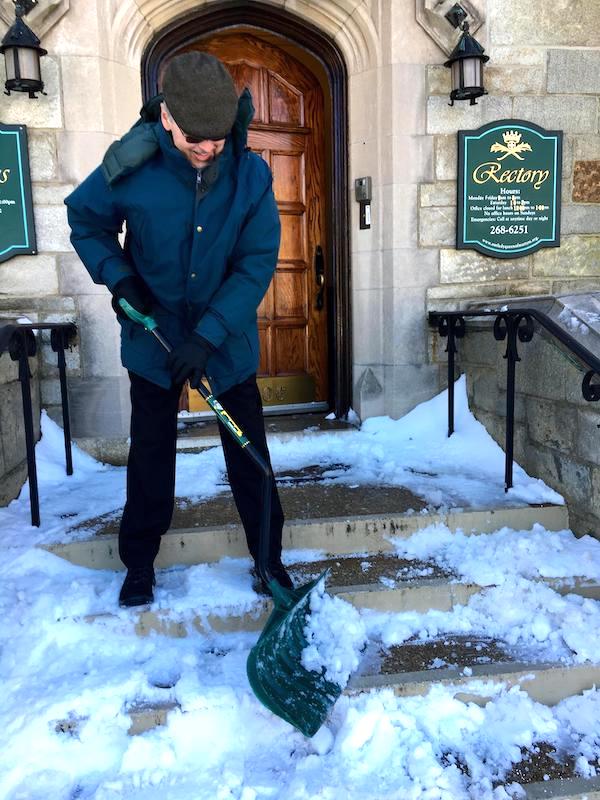 He’s also been a great friend to the diaconate — and to this deacon, in particular — patiently tolerating my many absences for retreats, missions, speaking engagements, work trips, or the occasional (or maybe not-so-occasional) Disney vacation. He’s been generous in sharing the pulpit and giving me opportunities to preach and minister to the faithful in Forest Hills. And: he’s been wonderful to my wife, and never fails to include her in events or dinners. She adores him.

I think everyone in the parish would agree: We are blessed. 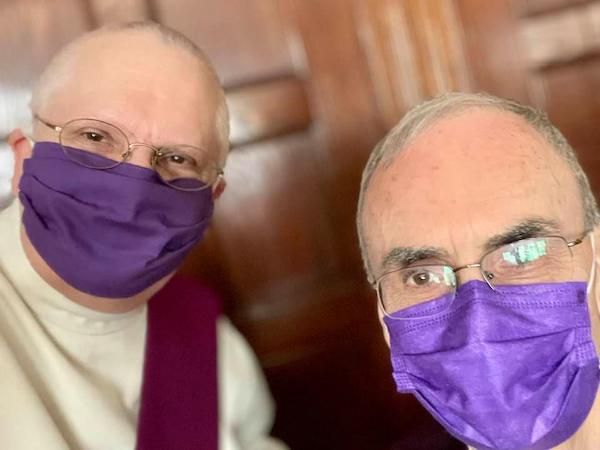 I really like having him around. And I look forward to his being around for years to come. 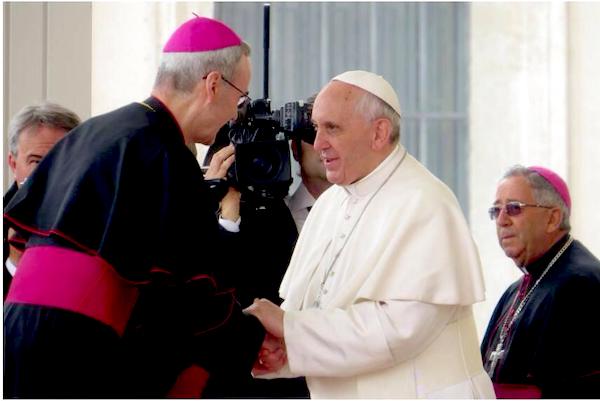