Listening to the quiet one: Homily for December 27, 2020, Feast of the Holy Family

This year, on the Feast of the Holy Family, “family” is different. How we see each other, how we relate to each other, has changed.

“Family” means the person you wave to on the other side of the window at the nursing home.

It’s someone you talk with on Face Time or Zoom.

It’s the extra plate that won’t be set out, the extra chair that isn’t needed, the name that will be crossed off from your contact list or address book.

But like any other year, this year on the Feast of the Holy Family we are challenged to think once more about what it means to be a family, and how we can be more like the one we call “holy.”

It isn’t easy. Nowadays, the most common adjective you might hear before “family” isn’t “holy,” but “dysfunctional.” So many of us are living with divorce, separation, alcoholism, addiction, abuse. More families are coping with unemployment, economic hardship, uncertainty.

Chances are, every person in this church this morning has been affected by all of these in one way or another.

How can we try to live as a holy family in times like these? We encounter this feast, just days after Christmas, and wonder: what do we have in common with those prayerful people in that Nativity scene?

After all, in that family, one of them was born without sin, and the youngest member happens to be the Son of God!

All families here today who fit that description, raise your hand.

But then there is the other member of that family. The quiet one. The one who is, in fact, most like us.

Earlier this month, Pope Francis declared a Year of St. Joseph. The Holy Father wrote: “Each of us can discover in Joseph – the man who goes unnoticed, a daily, discreet and hidden presence – an intercessor, a support and a guide in times of trouble. Saint Joseph reminds us that those who appear hidden or in the shadows can play an incomparable role in the history of salvation.”

This Sunday — and this year in particular — I think Joseph has much to teach us.

About faith. About fortitude. And yes, about family.

Joseph, of course, is the patron of the universal church, the patron of workers, and the patron of fathers. Since he found a place for Mary and Jesus to live, realtors will tell you he’s also the patron for finding or selling a home.

But I think his role is so much greater than that.

Joseph is a man for us all.

First, he is the patron for all of us who want to learn how to listen. Joseph has no lines in the Bible; there is no ‘Magnificat’ attributed to him, no prayer, no words of wisdom, no catchy quotes. Instead, he is famous for his silence. He is most notable for what he heard and did. He listened. He dreamed. He waited. He followed the advice of angels. He went where God led him.

He is a figure of holy trust. He teaches us that silence is golden — that the quiet ones, the shy ones, can sometimes change the world.

Secondly, he is the patron of all who need to trust in God. “Let go and let God” could have been his motto. Faced with an unexpected pregnancy and the possibility of scandal, he trusted God’s will and cared for the woman he loved.

Thirdly, he is also the patron of people who end up being sent where they may not want to go. Joseph had to travel with his pregnant wife to Bethlehem, then flee to Egypt, then return to Nazareth, and then retrace his steps in Jerusalem when it seemed his son was lost. In so many ways, he is a patron for all who might be fearful about the future, and for all who are forced to take a difficult and dangerous journey. He is an intercessor for refugees, for migrants, for soldiers.

He stands before God’s throne for anyone who is anxious or worried about how what is coming.

In so many ways, he is a saint for our times.

Finally, he is the patron for all who feel unworthy or unready or unprepared. Joseph was chosen for an extraordinary role in salvation history. Scripture describes him as “righteous.” There is no doubt he was a good and holy man. But how could he possibly have been ready to be the foster father of the Son of God?

He was a man unafraid to surrender himself to the will of God.

Msgr. Funaro had a great devotion to St. Joseph, but also liked to remind us that he was, first and foremost, just like us. He wasn’t perfect. He was someone who struggled with temptation, doubts, difficulties.

But across a lifetime of obstacles and problems, Joseph became what God intended him to be.

And in the end, he helped raise the savior of the world.

But more broadly, these are the building blocks for a holy life — and, in fact, a holy family.

But there is even more. St. Paul this morning showed the way.

“Put on, as God’s chosen ones, holy and beloved, heartfelt compassion, kindness, humility, gentleness, and patience, bearing with one another and forgiving one another.”

But he was also telling us, whether he realized it or not: be like Joe.

When we are facing some insurmountable problem, we might want to ask ourselves, WWJD? What Would Joseph Do?

Ironically, the quiet one has much to say — if we are willing to listen.

When Pope Francis announced a Year of St. Joseph, he concluded his letter with this prayer. I want to leave you with it this morning — words of encouragement, confidence and hope.

Hail, Guardian of the Redeemer,
Spouse of the Blessed Virgin Mary.
To you God entrusted his only Son;
in you Mary placed her trust;
with you Christ became man.

Blessed Joseph, to us too,
show yourself a father
and guide us in the path of life.
Obtain for us grace, mercy and courage,
and defend us from every evil. Amen.

Want more homilies like this one? Become a patron and gain early access to homilies PLUS a free copy of my eBook, “Preaching Hope: Homilies of Good News in Hard Times” 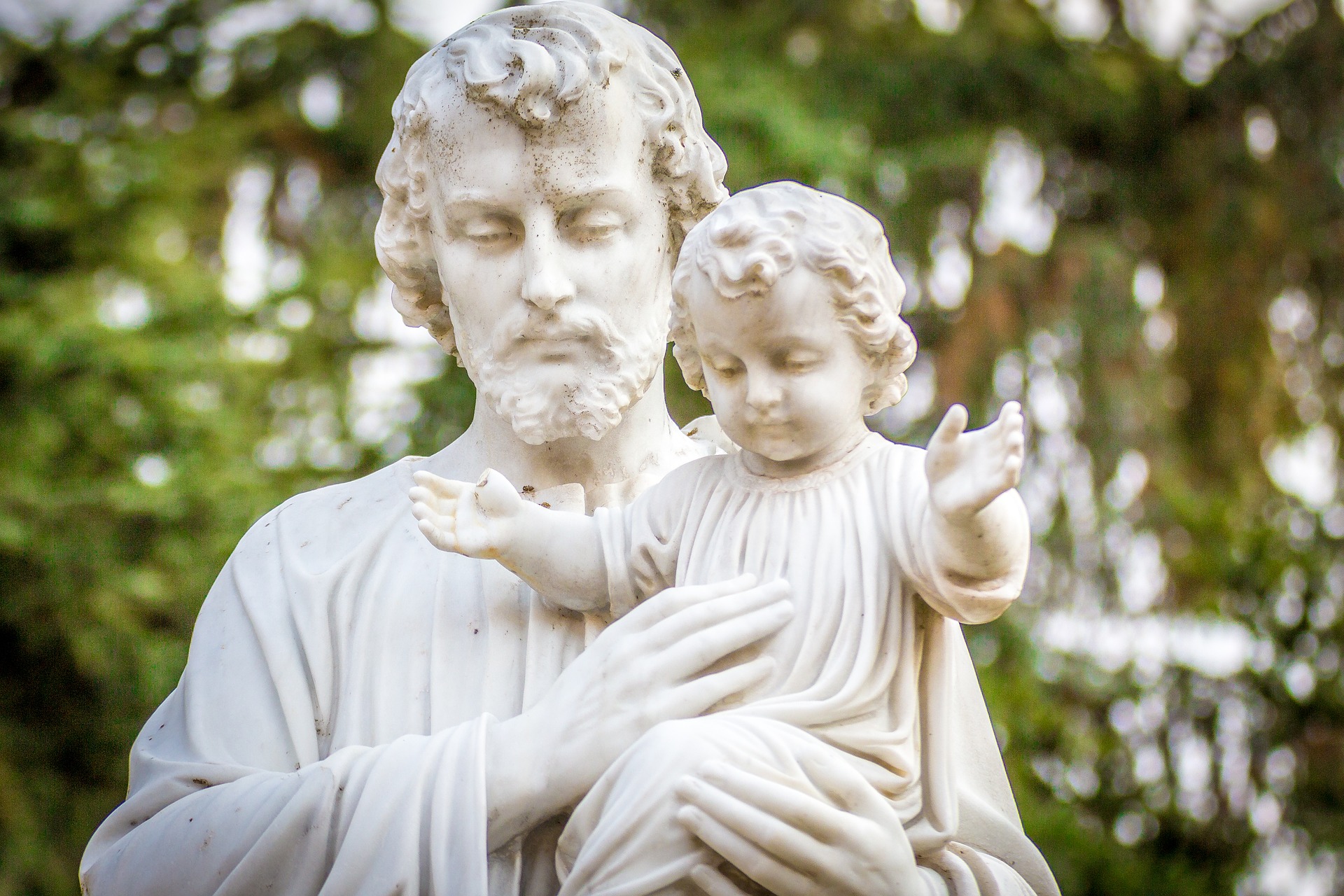