Let’s talk about celibacy and deacons

Periodically, I get emails from permanent deacons around the country who, for one reason or another, are celibate. “Do you know any support groups or Facebook gatherings for us?,” they ask. “I’m not getting a lot of support in my diocese.”

It is a difficult road, I know. The overwhelming majority of permanent deacons in the United States — more than 95%, I believe — are married. A much smaller group are widowed or divorced. And a still smaller group is made up of men who just never got married. Canon law stipulates that if a married deacon is widowed after his ordination, he may not remarry (though exceptions are sometimes, in rare circumstances, granted); it also states that a man who is single at the time of his ordination may not marry after being ordained.

So much of diaconal formation is family or spouse-oriented, and it can sometimes make celibate men feel uncomfortable or simply out of place — in effect, marginalized.

So I’d like you to meet my friend Deacon John Donaghy.

Deacon John is a celibate permanent deacon in the Diocese of Santa Rosa de Copán in Honduras. In fact, he is the only permanent deacon there. He has a thriving ministry and (drumroll, please), he also has a blog.

He’s started writing about his experience and, in particular, celibacy and Holy Orders:

I have been celibate all my life and so on the day of my ordination, I was asked by the bishop:

…We celibate permanent deacons are a minority. Indeed, there are some who would deny that a celibate could have a vocation to the permanent diaconate. This is not only the response I have heard from a few priests here in Honduras, but even Padre José Antonio Fortea, in a book on the diaconate,  seems to undermine the possibility of such a vocation, though he admits it as an exception. He writes, in La luz de la diaconía, p. 161:

The permanent diaconate as a general norm will be the vocation of those married men who, because of the law of celibacy, cannot have access to the priesthood.

Why stay in the diaconate if one can continue on to the priesthood? Indeed, why stay in this grade of priesthood when one could obtain the other grade and the power?

You’ll want to read his response. He concludes:

Thus a celibate can have a vocation to the permanent diaconate. I pray that I may be worthy to be a sign, a sacrament of Christ’s diakonia and the diakonia of the Church, the Body of Christ.

He has more to say and I believe he intends to post a series of reflections on celibacy and the diaconate. Bookmark his blog. Visit often. He’s good people.  Ad multos annos!, brother! 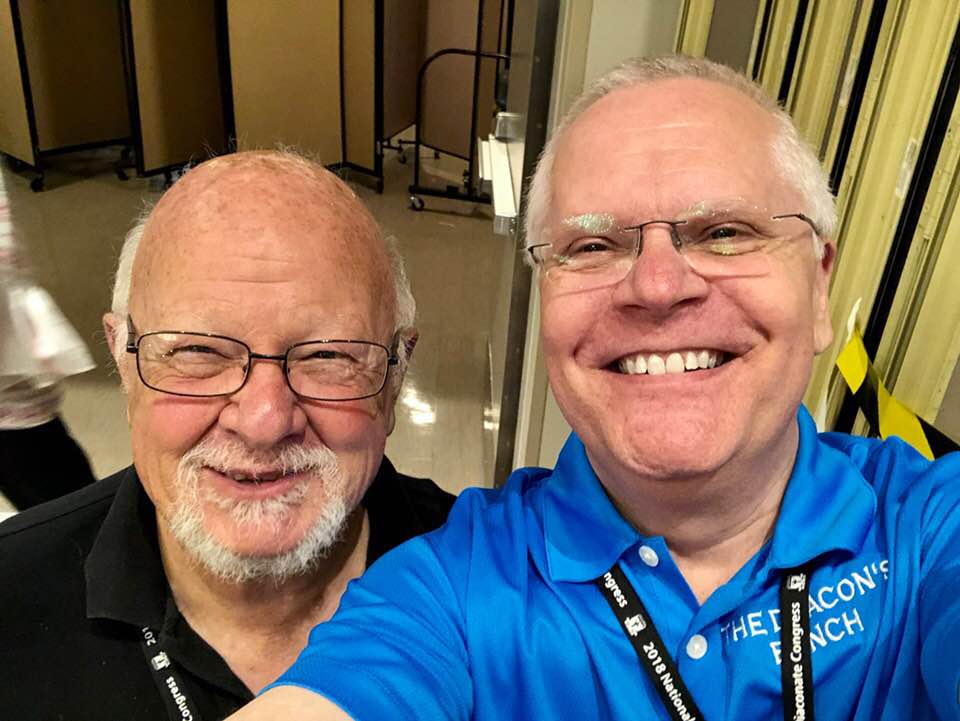