I had the privilege of meeting him a few years ago when I gave a retreat to the deacons of Norwich.

On a sunny Sunday afternoon Deacon Michael Puscas stood before his congregation and spoke of judgment day — he told parishioners to always be ready to meet the Lord, for they never know when they will live the last hours of their lives.

Just a few hours after speaking those words at Guardian Angels Parish in Colchester on Nov. 7, the 68-year-old died suddenly, but peacefully, while swimming.

Puscas was married to the love of his life, Colleen, for 42 years, and they raised four children — Emily, Julia, Blair and Alex — and were proud grandparents to seven grandchildren.

The second great love of his life, according to an obituary written by his family, was his faith. 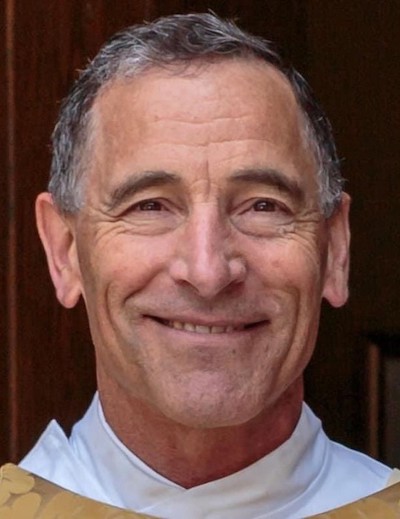 Raised in the Romanian Catholic tradition, the Rev. Deacon Michael Puscas was ordained in the Byzantine Catholic Eastern Rite at the Cathedral of St. Patrick in Norwich, CT on June 11, 2005. A bi-ritual deacon, he serves with faculties not only in the Romanian Catholic Eparchy of Canton, OH, but also the Ukrainian Catholic Eparchy of Stamford, CT as well as the Roman Catholic Diocese of Norwich. In addition to serving as Director of Deacons for the Diocese of Norwich, his parish assignments include the newly-formed Guardian Angels Parish – serving St. Andrew Church, Colchester and St. Francis of Assisi Church, Lebanon, CT; as well as St. Mary Ukrainian Catholic Church, Colchester. From Healing and Prison Ministries, to three mercy trips to Haiti, to hosting countless numbers of spiritual workshops, his gifts and talents were now really at work! In addition to his warm, soothing orator’s voice, (which some said sounded like the voice of God) he could sing just as masterfully. Over the years, he thoroughly enjoyed acting and singing with both the Colchester Community and East Lyme (CT) Regional Theaters, as well as in St. Andrew’s annual Passion Play. He was also an accomplished, self-taught woodworker. He lent his carpentry skills generously, often building beautiful furniture from scratch. On mission trips to Haiti, he gave that same attention to detail to one-room houses and other structures benefiting the Haitian Health Foundation and the greater community of Jeremie, Haiti.