Shia LaBeouf could be making a comeback turn.

Legendary director Abel Ferrara has exclusively told Variety that LaBeouf has come on board to play the lead role in his next feature, which centers on the younger years of Italian Saint Padre Pio. Ferrara’s regular collaborator and close friend Willem Dafoe is also circling a role in the film, according to the director.

“We’re doing a film about Padre Pio, he’s a monk from Puglia. It’s set in Italy right after World War I. He’s now a saint, he had stigmata. He was also in the middle of a very heavy political period in world history,” Ferrara said. “He was very young before he became a saint, so Shia LaBeouf is going to play the monk.”

Ferrara plans to shoot the film on location in Puglia, located in Italy’s famous heel, in late October of this year. He described the film as being “bigger” than many of his recent works, revealing that he has been working on it for quite some time, and that the addition of LaBeouf in the lead role meant the project is “all set” to shoot in the very near future. 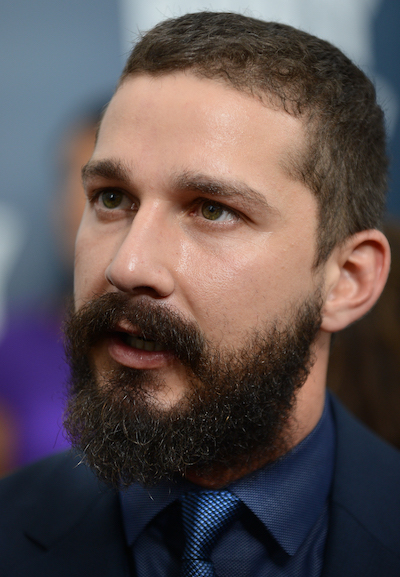 It should be noted that independent films can often be precarious affairs. Despite Ferrara’s confidence, the project’s financing could collapse or other logistical hurdles could derail the film.

Variety has reached out to LaBeouf’s representatives for comment.

News of LaBeouf’s casting comes several months after the actor parted ways with CAA, following a lawsuit filed against him late last year by his former girlfriend FKA Twigs. The musician has accused LaBeouf of physical abuse during their relationship. At the time of the CAA break, two sources familiar with the matter told Variety that LaBeouf made the decision to take a break from acting.

LaBeouf is best known for his roles in the “Transformers” and “Indiana Jones” franchises. He recently starred in David Ayer’s action pic “The Tax Collector,” and was last seen opposite Vanessa Kirby in “Pieces of a Woman.”

[He] is an American filmmaker, known for the provocative and often controversial content in his movies, his use of neo-noir imagery and gritty urban settings. A long-time independent filmmaker, some of his best known movies include Ms .45 (1981), King of New York (1990), Bad Lieutenant (1992) and The Funeral (1996).

Raised Catholic, Ferrara started describing himself as Buddhist in 2007. When asked if he had converted, Ferrara responded:

“It’s not a conversion, you’re not a card-carrying Catholic, you’re brought up Italian, so you’re brought up with those images. All the great art is financed by the Church so they have a monopoly on the paintings, and they’re powerful images, the whole nine yards of it. But Jesus was a living man, and so were Buddha and Muhammad. These three guys changed the f****** world, with their passion and love of other human beings. All these guys had was their word, and they came from f****** nowhere. I’m not saying Nazareth is nowhere – I’m sure Jesus came from a very cool neighborhood.”