Pioneer: meet one of the earliest permanent deacons in the United States

From The Catholic Spirit in the Archdiocese of St. Paul-Minneapolis:

In August 1969, 10 men from across the U.S. began their journey at St. John’s Seminary in Collegeville to become permanent deacons — at the site of the first permanent diaconate study center in the country.

The last surviving member of that inaugural class of candidates, Deacon Tom Kasbohm of Brooklyn Center — at the time a husband, father of 10 and full-time civil service employee — recalls that unique experience.

“I was grateful, hopeful and excited that this was the beginning of a new era, where there would be a new and deeper way to serve the people of the Catholic Church,” said Deacon Kasbohm, 87, who served as a permanent deacon for more than 50 years, beginning in Chicago and then in the Archdiocese of St. Paul and Minneapolis. “But I also felt a great responsibility, participating in bringing back the diaconate.”

“Today for me, the significance of being the last member of that first class is minor; continuing to bring God’s word to other people is the major significance,” he said. “If I had the opportunity to serve in this way again for another 50 years, I would in a heartbeat.” 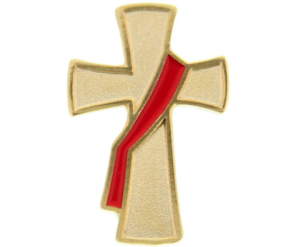 …A graduate of DeLaSalle High School in Minneapolis, Deacon Kasbohm earned a bachelor of arts degree from the University of Minnesota in 1954, followed by a master’s degree in education administration from Roosevelt University in Chicago. After serving in the Air Force as a pilot and instructor pilot, he began a career in civil service in Chicago as an education specialist for the Navy, covering a five-state area…

…His call to become a deacon is a vivid memory. “I was in the Great Lakes Naval Hospital outside of Chicago, recovering from a multiple sclerosis attack, when the Navy chaplain, Capt. John O’Connor – who later became Archbishop of New York and then Cardinal O’Connor – brought me Communion and left a pamphlet outlining the requirements to become a deacon in the U.S.,” Deacon Kasbohm said.

“I had been serving the Church all my life; I was an altar boy, involved in DeLaSalle’s Catholic Action youth group, active in parish life teaching Sunday school, helping to find adoptive homes for orphaned children in Europe and other things, but I wanted to do more,” he said.

“When I read the diaconate pamphlet, I felt this was the direction I was meant to go in, but I told Capt. O’Connor that I did not meet the requirements, as it said you have to be in perfect health, and I am in a Navy hospital with a diagnosis of MS,” he said. “He placed his fingers firmly on my nose and said, ‘You let God decide that.’”

There’s much more. Read it all.