So Sunday night, I arrived in bucolic Irondale, Alabama, just outside Birmingham, to spend 36 hours on the campus of EWTN. I was invited down to appear on “At Home with Jim and Joy,” the network’s afternoon talk show. “We’d like you to talk about prayer,” the email said. I ended up doing two 20-minute interviews, for two different episodes, talking not only about prayer, but also about the diaconate.

I had a blast. It was my first visit to Alabama — believe it or not, it’s really hot in August — but I hope it won’t be my last.

To begin with, the sprawling “campus” really is a campus. It’s hilly and covers a lot of territory and several buildings — with a chapel, offices, warehouse, lots of parking, shrines and studios. 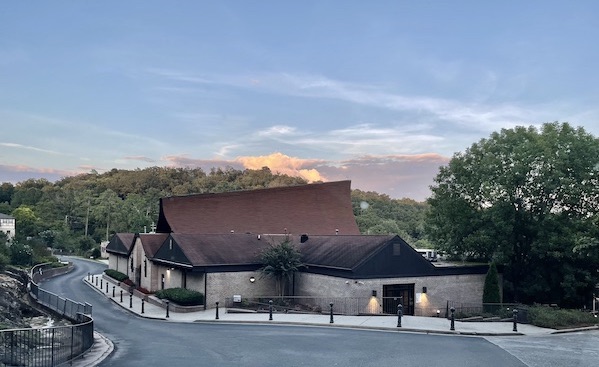 The most famous and familiar spot is probably the chapel, where daily Mass is celebrated and beamed around the world. When I arrived Sunday night, it was open and empty — it stays open every night until 8 p.m. I had the place to myself for a little quiet prayer time. 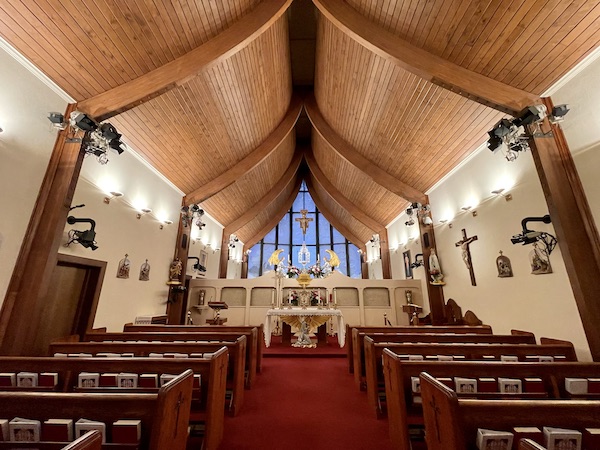 There are numerous places to pray around the grounds. This is the Pieta shrine. 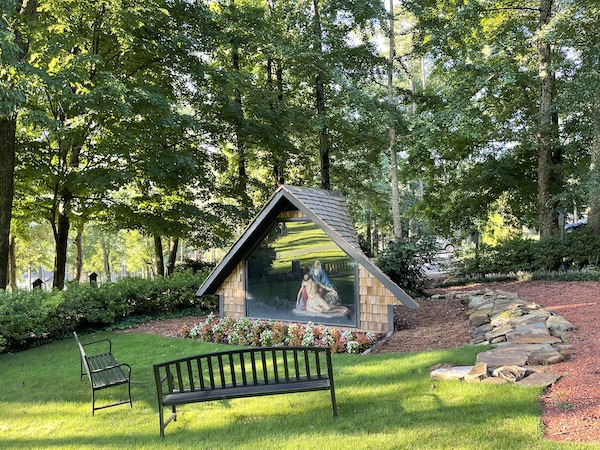 I stayed at “Fatima House,” one of several guest houses adjoining the property. I had the downstairs apartment, with a comfortable living room/kitchen, a bedroom and bathroom. The refrigerator was stocked with sodas, and the freezer had a couple frozen dinners — since I arrived late, I just decided to have the Fettuccine Alfredo nuked in the microwave.

My upstairs neighbor was Father Mitch Pacwa. (He invited me up for drinks Monday night and gave me a tour of the deer heads hanging on his wall. The man not only hunts for souls, but also for wildlife.) 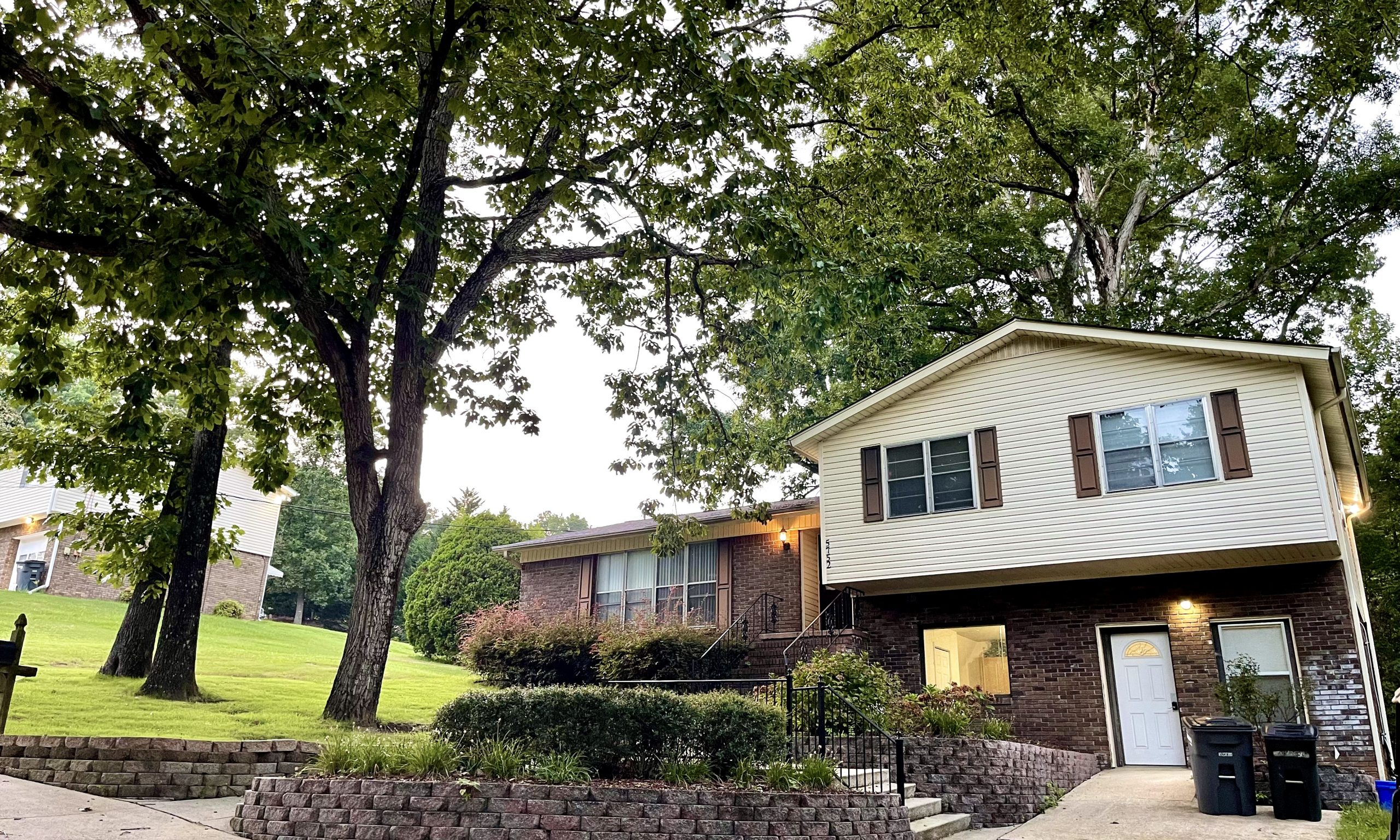 Monday mornng, producer Michael Koprucki gave me the grand tour of the studios. Michael is a proud graduate of Franciscan University and, on top of that, is an all-around nice guy. 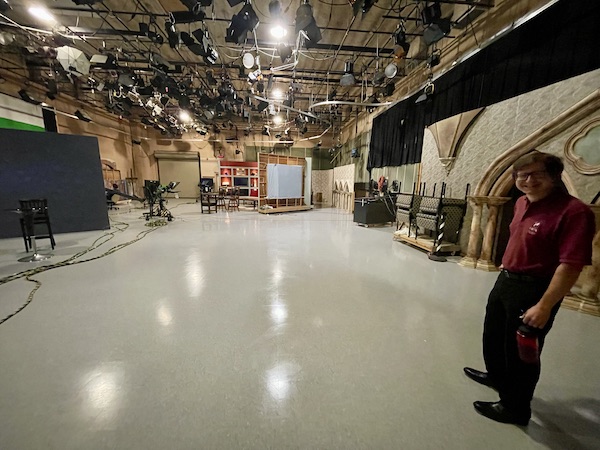 In fact, everyone at EWTN is unbelievably nice. Gracious. Cheerful. Helpful.

Michael and I posed for this shot before the legendary satellite dishes that every day carry the Eternal Word all around the globe. 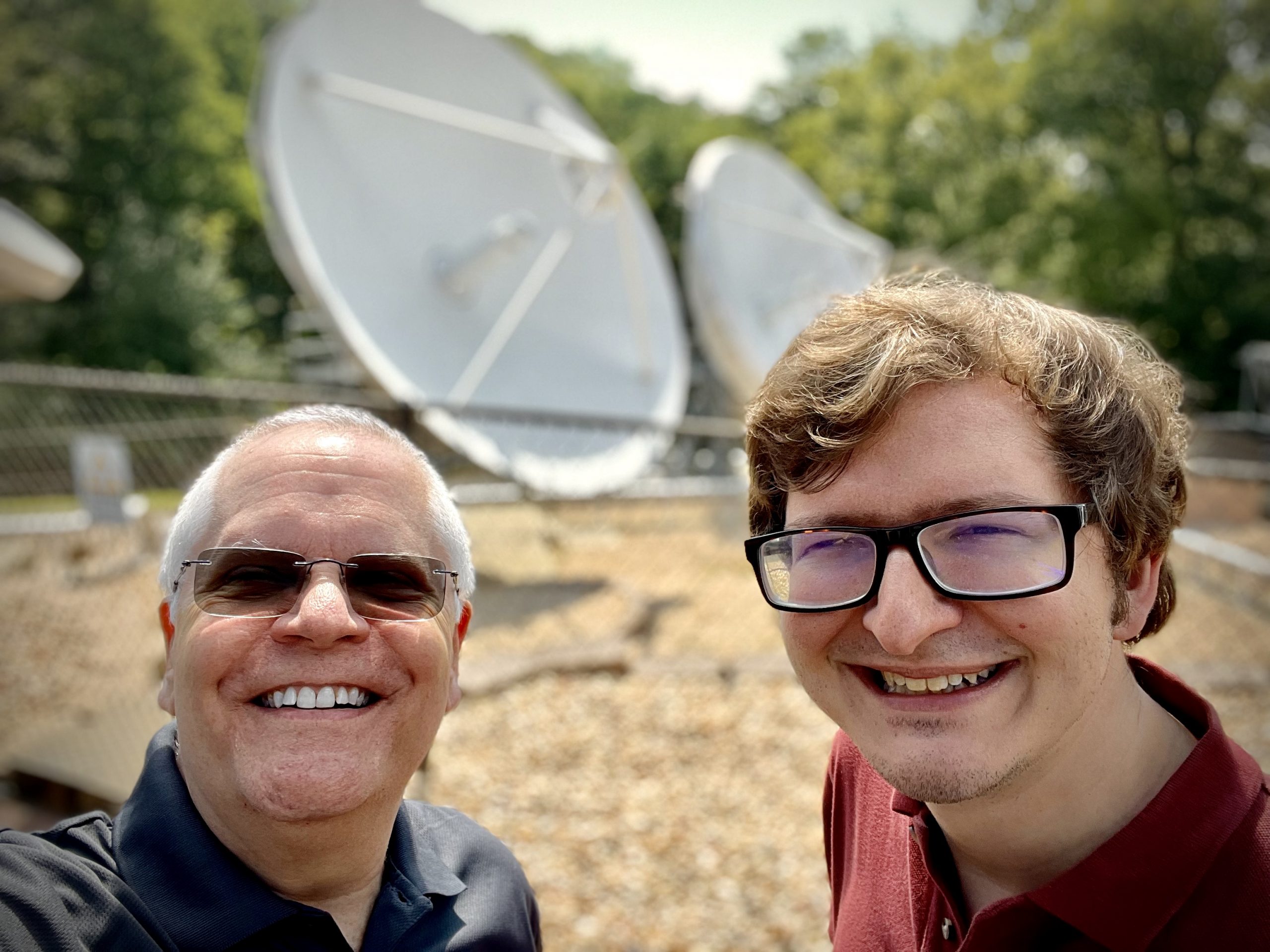 The facility also has a gift shop, selling everything from veils to tee shirts to coffee mugs. If you have any doubt who is responsible for this place, Mother Angelica can remind you. Her image is ubiquitous. 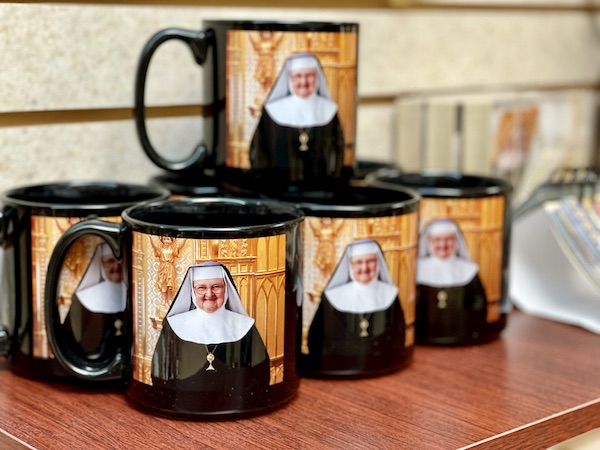 I was also shown the “Green Room” — now also being used to store props, clothes and set pieces — which was originally “Mother’s Office.” I was told the crucifix on the wall was one of the great sources of inspiration for her. Praying before it, she said she heard Christ’s call to build this television empire. 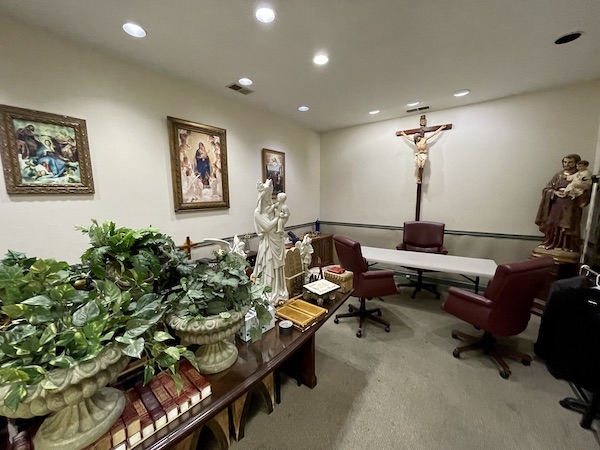 Around mid-day Monday, I slipped on a jacket and made my way to the studio for my taping of “At Home With Jim and Joy,” hosted by Jim and Joy Pinto, a New Jersey couple now living and ministering in Birmingham. Jim is a former Episcopal priest. (Therein lies a tale.) They’re great people and, like everyone at EWTN, unbelievably nice. 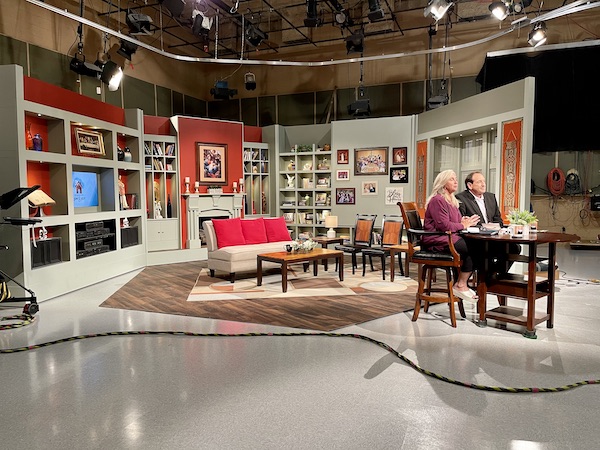 I told them to look me up if they ever find themselves in New York. 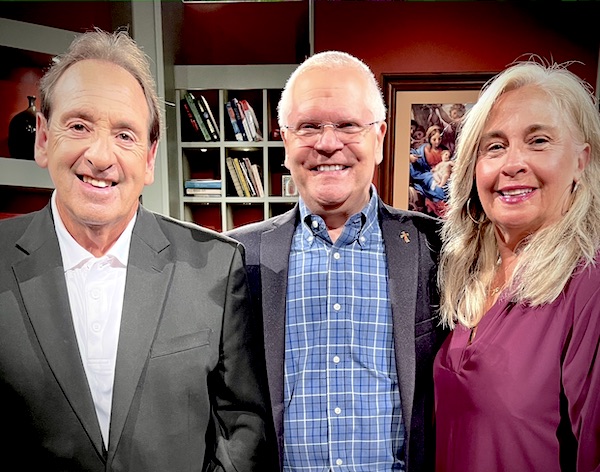 I wrapped up my day with dinner at the St. Clare Guest Dining Room, located in a large room next to the studio, where I enjoyed a spectacularly good Seafood Gumbo. I have to say: EWTN treats its guests very well. 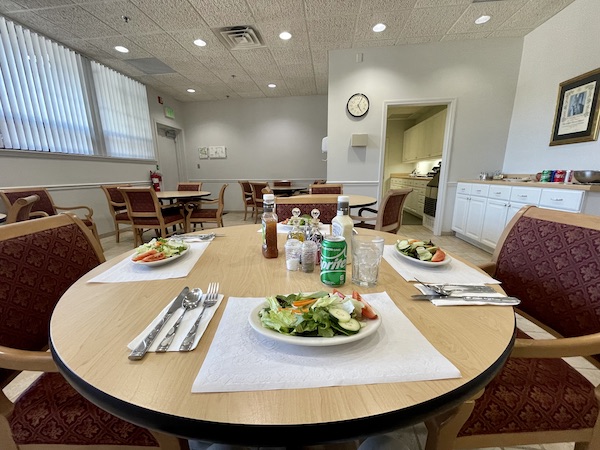 My dinner companions included the aforementioned Father Mitch and Shannon Mullen, the brand new editor-in-chief of CNA, who worked for decades as a journalist for Gannett at the Asbury Park Press. The three of us enjoyed Talking Shop — about journalism, the Church, hunting and sin. We covered a lot of territory. 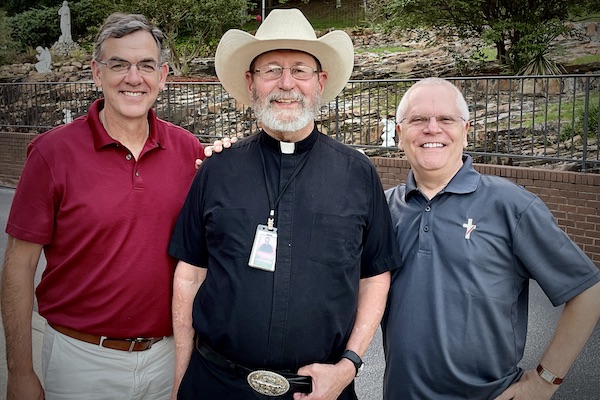 I’m heading back to New York on Tuesday. What a time this was. I hope I come back someday, and I’d love to bring my wife. She can’t resist a good place to pray — and I know she’d love that gumbo, too.

UPDATE: If you want to see the fruits of my trip, check out my conversation with Jim and Joy.