‘I had two patients to take care of’: An abortion doctor’s powerful conversion

A doctor who performed abortions tells the story of what made him change his mind in a new book, Two Patients: My Conversion from Abortion to Life-Affirming Medicine.

JWK: Tell me about your book. How did it come about and what do you hope readers take from it?

Dr. John Bruchalski: Two Patients is the story of my medical conversion and spiritual conversion and how the two are intertwined. I regrettably performed abortions during the first two years of my medical residency in the late ’80s. Even though I grew up in a devout Catholic home, I drank the cultural Kool-Aid of moral relativism that I was taught in school. I thought being a good doctor meant giving my patients what they wanted, even if it was to end the life of their unborn baby.

The turning point came one day in labor in delivery, when I was aborting a pregnancy in one room and trying to save a baby of the same gestational age in the next room. But things didn’t go as planned and I had to call the NICU to resuscitate the baby we were trying to abort. The baby was born alive and weighed just 5 grams over the threshold for requiring resuscitation. The neonatologist, whom I respected, scolded me and told me to stop treating babies like tumors. She reminded me that I am a good doctor and I can do better. I had two patients to take care of. That’s when I started wondering if I had been practicing a double standard in medicine. 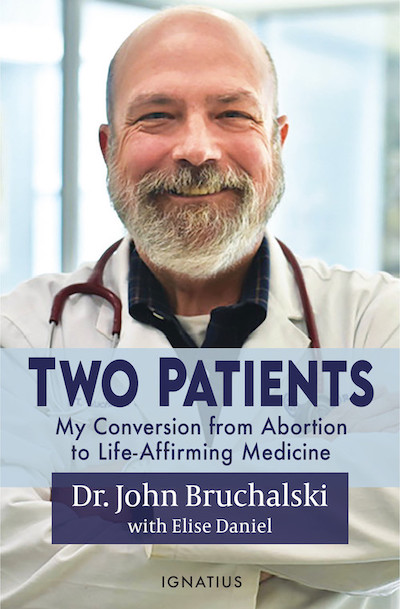 A few months later, I went on a pilgrimage to Medjugorje with my mom and had a miraculous spiritual experience while I was praying on a hilltop. I knew I was forgiven and healed by a loving Father. It became clear to me that I was meant to practice life-affirming medicine, so I left abortion, birth control and IVF behind for a more holistic view of reproductive health that honors female fertility and the dignity of unborn life.

JWK: The title “Two Patients” refers to your experience of working to save one baby in one room while aborting a baby of the same gestational age in another room – and how it shook you, particularly after the baby you attempted to abort ended up surviving the procedure. Did both those cases occur over the course of one day?

JB: Yes, they were happening during the same shift and the rooms were separated by inches. Think about the cognitive dissonance that must create deep within the hearts and souls and subconsciousness of the doctor, midwives, nurses attending patients in labor and delivery, day in and day out.

What really shook me were the words of my colleague who called me out for being so callous in my treatment of the baby. Her words woke me up to the reality of what I was doing. None of it made sense. Why was I trying to save one baby in one room and abort one in the next? It was insane.