How’s this for a transfiguration? A church renovation in Michigan

We turn today to the parish of St. Stephen’s in Grand Rapids, Michigan. While the parish itself was founded in 1924, the present church building stems from additions and renovations which took place in the 1960’s and 1970’s — and suffice it to say, the ‘before’ configuration had all the usual features (which is to say, faults) typical of the period.

David B. Meleca Architects were engaged and brought about a design plan which revivified the church, utilizing traditional colour schemes, art and materials, also drawing inspiration from the original pre-war church building itself.

As you will see, the differences are quite substantial. While the prior church was characterized by a kind of minimalism and sterility, the new church is not only more beautiful, it also has a much more inviting and qualitative feel to it.  Perhaps most importantly, the altar is now much more clearly the central focal point and the sanctuary feels much less chaotic and cluttered than it was in its previous incarnation. 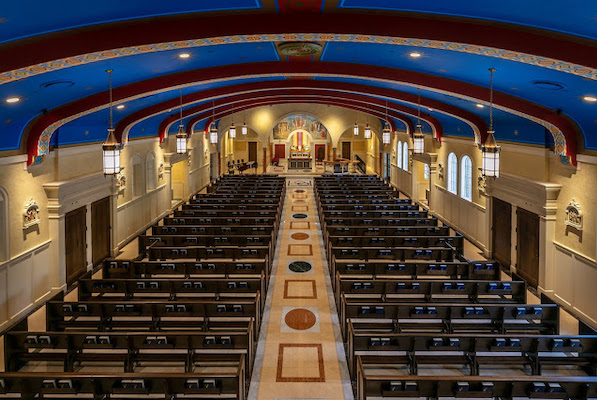 Check out more pictures at the link.