He may be one of the most important Catholic saints from New York that you’ve never heard of.

His name is Paul Wattson. He was born in Maryland in 1863 and grew up Episcopalian in upstate New York. Paul found himself drawn to religious life and after studying at the General Theological Seminary, he became an Episcopal priest. In time, he developed a great interest in the life and spirituality of St. Francis of Assisi, which eventually led him, after years of prayer and discernment, to enter the Catholic Church. He founded the Franciscan Friars of the Atonement, up in Garrison, New York in the Catskill Mountains, not far from West Point.  The friars headquarters sit on hundreds of acres, in cottages and chapels and offices atop a hill called “Graymoor,” a place Father Paul referred to as the “holy mountain.”

I had the privilege of spending several days there last week, leading a retreat for deacons. I got to learn more about Father Paul Wattson’s life and legacy. Given this Sunday’s Gospel, one moment in his life in particular resonated with me.

It happened early one morning in 1904. Father Paul awoke suddenly at 5 in the morning, hearing these words in his soul:

“Gather up the fragments left over, so that nothing will be lost.”

Those are words, of course, from the Gospel we just heard.

That may sound like advice to avoid wastefulness, to not let anything be tossed aside.

And in the context of this great miracle of the loaves and fishes, that is true. What God has given us, through his astounding generosity and love, cannot be taken for granted.

But I think Father Paul heard another message — one that became central to his life and that should be central to our lives, as well.

Nothing, no one, should go to waste. Nothing should be lost.

He also worked not only to save souls, but to save lives.

Part of his legacy endures to this day: the St. Christopher Inn at Graymoor, a homeless shelter dedicated to treating men battling addiction. It is inspired by the words of St. Francis:

“We have been called to heal wounds, to unite what has fallen apart, and to bring home those who have lost their way.”

Gather up the fragments left over…

Who are the fragments left over?

They are those we pass by on Queens Boulevard, begging for money or food or simple human dignity. We see more of them every day.

They aren’t all poor. They may be people in our own families and neighborhoods.

They are the forgotten, or abandoned, or unloved. The young, the old. The lonely. They are the unemployed or unemployable. The sick. The weak.

They are those who are ashamed or marginalized, struggling for dignity or self-worth. Maybe they feel unloved or unattractive, unsuccessful or unwanted.

Fragments may be people with broken hearts and broken hopes.

Maybe they are facing injustice or bigotry or discrimination simply because they are “different.”

They are our brothers and sisters, our neighbors, our parents, our children. They are us. If we are honest about it, all of us at one time or another have felt like fragments.

But Christ spent his life on earth gathering up those fragments, saving them, healing them. He told his disciples to do the same.

Nothing, and no one, should be wasted, forgotten, lost, not even the broken.

Brokenness, we realize, comes in many forms.

I’m reminded of the shocking act of vandalism that took place at Our Lady of Mercy last week, and the statues that were left in pieces on the ground.

But they weren’t all that was broken.

The same might be said of the person who did it.

Last week, members of the parish asked the community to pray for her. And we should. I think we need to pray for our broken world, as well — a world in which division and hate, injustice and intolerance have become far too common.

But these words we hear today should point us to another way. A way of healing to uplift us, challenge us, inspire us. They are words of profound hope.

“Gather up the fragments, so that nothing will be wasted.”

The Lord values everyone and everything, even the small or fractured or imperfect.

The miracle of the loaves and fishes is a reminder of God’s limitless love and generosity. Everyone who hungers is fed. No one is forgotten. Nothing is wasted or lost.

Father Paul Wattson understood that. He saw dignity and purpose everywhere. Over the years, he rescued so many who who would have been lost. He created the Catholic Medical Mission Board, which collected used equipment for hospitals in mission countries. He co-founded Catholic Near East Welfare Association, the papal agency were I work, helping bring together the East and the West and unite Christian churches in a bond of charity. He even set up a charitable organization called the Union That Nothing Be Lost, created, quote, “to see that nothing would be lost in tending to the sick and the poor and bringing the Kingdom of God to others.”

Following the example of Jesus in this Gospel, Father Paul gave to all in need. He held nothing back. His life challenges all of us ask: do we? Are we willing or able to love that generously?

This is what saints are made of.

On February 8, 1940, the day after Ash Wednesday, Father Paul suffered a heart attack and died at Graymoor. He was 77. In 2015, the cause for his canonization was opened. He is now known as a “Servant of God,” as the Church awaits a miracle that could bring about his beatification.

Some would say he has been responsible for thousands of miracles — salvaging every fragment.

As we pray for Father Paul Wattson, and ask him to pray for us, we pray with hope for all of us who experience brokenness in our broken world.

The multiplication of the loaves and fishes reminds us how even the smallest fragments are precious — and how God’s generous love feeds us all.

Preparing to receive that love through the gift of the Eucharist today, experiencing anew the Lord’s miraculous gift, may we remember one of the enduring messages of this Gospel. 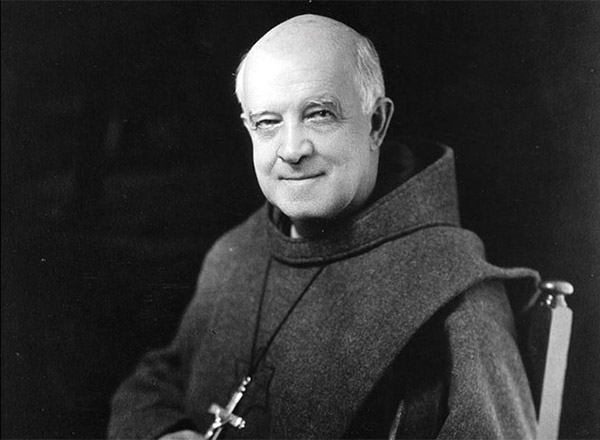