It was probably the best Christmas homily I’d experienced in years, and it didn’t come from the pulpit.

It came at the end of our Christmas Eve Mass at Night at my parish in Queens. What would normally have been a “Midnight Mass” with 1,000 people, a full choir, trumpeter, 40 altar servers and a cadre of a half a dozen clergy was, instead, a modest affair with about 150 people, a dozen servers and a robust little schola of four (plus our music director and organist, David Close.) It started with carols at 8:45. The church was beautifully decorated — though with a few less poinsettias this year — but the Nativity scene was there, and lit trees, and the infant Jesus. The pastor in his homily offered an eloquent reflection on the meaning of this night, quoting carols and saluting the spirit of resilience and hope at the end of this awful year.

Even amid social distancing and with everyone in masks, it was a near-perfect Christmas Eve Mass.

At the end, the schola and organist burst into “Joy to the World” for the recessional.  About half the congregation headed down the aisles, waved, wished one another a Merry Christmas from behind their masks, then headed out the door. But then something unexpected happened. The singers segued into “Silent Night.” A few dozen people decided to stay a little longer. They stood in the pews and listened. Some bowed their heads. Some sang along. Others looked up and around, in wonder and gratitude.  They took it all in: the soaring music, the glittering lights, the flowers overflowing from the sanctuary, the infant in the manger. And the music went on, carol after carol, for another 10 minutes or so, and the congregation stood in rapt silence and let it all wash over them. I had to wonder: were they ever going to leave? We had to lock up. It was getting late.

But no. They wanted more. They needed more.

For most of the year, they had been locked in and locked down. They’d been quarantined, separated, cut off, masked. They had been told what to do and when to do it. They’d been standing in line for toilet paper and cold cuts and hand sanitizer. They had avoided subways and buses and worked from home and had been compelled to watch scaled-down Mass on their computer screen. They’ve watched loved ones get sick and die and heard the endless litanies of the growing numbers of the dead recited every night on the news. Nearby, refrigerated trucks had held the bodies that could no longer fit in the overcrowded morgue, and we’ve all just about had enough of everything.

But then Christmas came. And no one wanted to let it go.

For a blessed hour during Mass on a Thursday night in December, the good people in my corner of Queens had an unexpected visitor: joy. Where had it gone? Could it last a little longer? (A parishioner told me later she overheard one couple saying it was the first time they had been back in the church since the lockdowns began in March.) 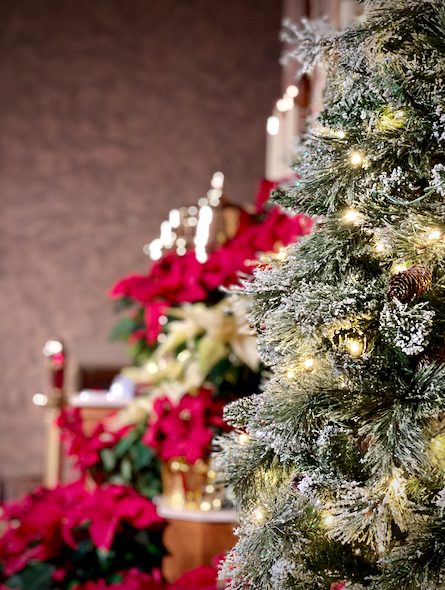 The people in the church didn’t want to go back out into the rain and the wind. They wanted to be together, to hear the music and drink in the color and light and gaze at the baby Jesus and believe, for one last lingering moment, in the tantalizing possibility of hope.  Christmas had come. The Incarnation was suddenly there. It was there in every gloved hand, every clear note, every bursting red leaf, every bright bulb that lit the trees in the church, every hymn that mentioned glory and angels and joy.

Then it was over. The choir finished. The organ fell silent. People beamed, clapped, bumped elbows, took pictures, made their way to the door.

I remembered something one of the priests had said earlier in the evening, at another Mass, describing this long and difficult year. It’s been like living in Whoville, he said. Despite the Grinch, Christmas just couldn’t be stopped.

Yes. Christmas was there. At long last. And what a wonder it was.

Maybe this happened in other churches, in other places around the country, too — maybe it is happening all over the world this Christmas. And why not? The great gift of this moment is the promise of redemption, a miracle in the middle of misery, a savior in a stable coming in an unexpected moment, to a forgotten place, to a world that had no room for him.

And here it was.  Here he was.

Experiencing that was, for me, a Christmas homily like no other — a living, breathing reminder of the true gift of Christmas. The people who walked in darkness had seen a great light. May it continue to guide us in the days and weeks ahead. 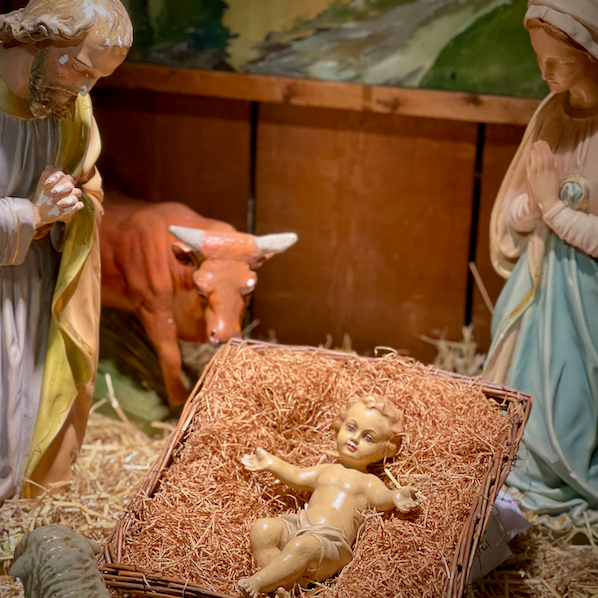